Remodelling of 20 Finsbury Circus was to cause significant load redistribution to its foundations and ground movemnet. Not a big problem usually but when the site is adjacent to a fragile 1874 cut-and-cover tunnel for the world's oldest underground railway, some more detailed study was needed to ensure such heritage was not damaged and the essential transport link kept open.

A detailed 3D FEA model of the building sub-structure and surrounding ground predicted that the old bridge would not suffer any ill effects resulting from the building remodelling and approval for the redevelopment was granted. 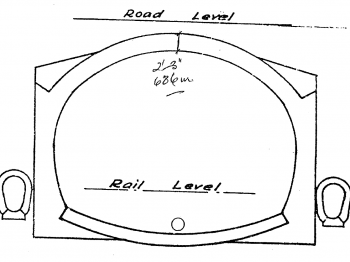