The 4 Cannon Street redevelopment was situated within St. Paul's Depths, a planning zone around the famous cathedral limiting ground movements to protect its shallow foundations. Mansion House underground station and other buildings were adjacent to the site on three sides - all placing tight restrictions on the allowable ground movement resulting from the proposed demolition, basement deepening and reconstruction.

A 3D FEA model of the redevelopment and surrounding ground was created to demonstrate to all the interested third parties that the basement support measures should keep ground movements within acceptable limits, allowing planning permission to be granted. A subsequent DInSAR analysis showed displacements of adjacent buildings of less than 2mm. 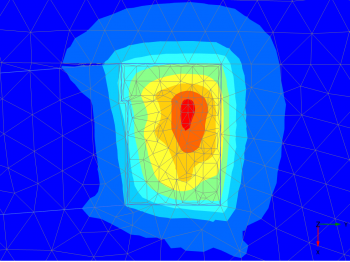 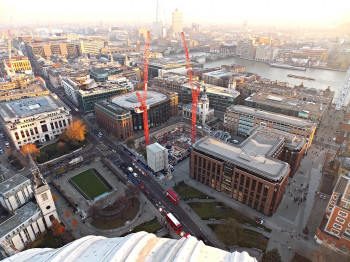