Fill in the details

The settlement-sensitive glazed façade to the proposed Hutton Hub building at the University of Hertfordshire could tolerate minimal differential settlement. However, ground conditions comprised highly variable infilled solution and mining features in the chalk rock, so expensive piled foundations were considered the only option for this lightly-loaded structure.

However, the comprehensive, multi-phased site investigation allowed the chalk profile and infill properties to be mapped with high detail into a 3D FEA model of the raft foundation. This more advanced analysis method showed that the raft could span the localised soft spots and that differential settlements were well within acceptable levels, thereby saving the client about a £1 million of unnecessary piling! 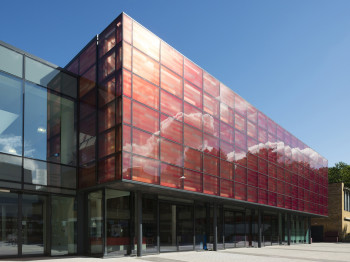